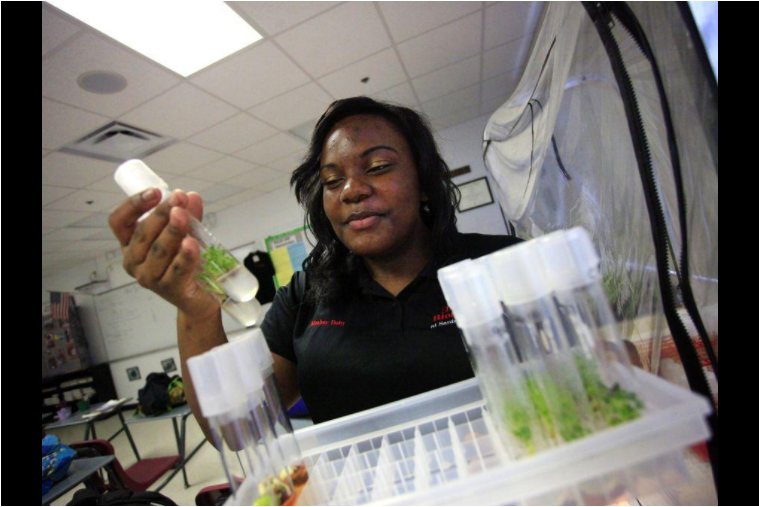 Students completed a plant tissue culture during class on Wednesday. For second-year biotechnology student Nicole Klacko, a 16-year-old sophomore, that attracted her to the program and to science.
“You learn about it for sure in the book, but the labs make it 10 times better to understand,” she said.
The classroom experience helps spark a love of science in Camerlengo’s students. Steven, a 15-year-old freshman, said he planned to be a sports agent until his career academy.

Now he hopes to go into medicine design, especially after the plant tissue culture project.
“It’s more in-depth than what we’ve done before,” he said. “I hope to go work in a biotech lab at Progress Park.“
After sterilizing their leaf samples, students placed them in test tubes with a plant growth regulator designed to make the sample multiply. Camerlengo said students could later use those tiny plantlets in another test tube with a different regulator that would encourage root growth. “If you’re going to do any genetic manipulation of plants, plant-based research, you have to be able to grow the plants in the lab and remove any variables,” she said.

Camerlengo’s classroom is stocked with state-of-the-art equipment, from mass spectrometers and refrigerated centrifuges to orbital incubators and analytical scales. It helps students long before they hit college science, Camerlengo said. “Their confidence level in the lab, it’s dramatically different for kids who don’t have a program like this,” she said.
As a result, her students are getting into advanced college programs and job offers before graduating college, she said.
That and they’re getting somewhere to call their own. “They have a place in the school where they have their niche,” she said. 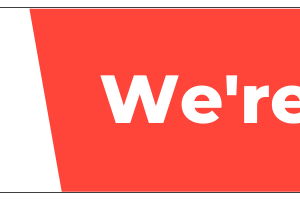 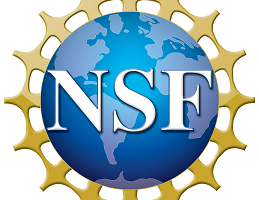 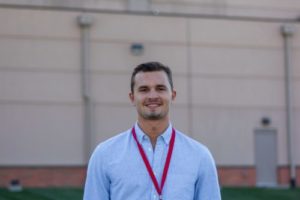